The conservation of nature, recycling, waste prevention and high economic efficiency are not contradictions for Heribert Füngeling. The fact that good business can be done with recycling and the economical use of resources is proven by the qualified forestry master with his company, Füngeling Industrieservice. The core sector of the group is the business with wooden pallets and disposal services for industrial companies, which the resourceful entrepreneur has built up over the past two decades.

At his company's headquarters in Erftstadt, North Rhine-Westphalia, he produces around 2,000 tons of wood briquettes annually from discarded pallets. The recycling company started this line of business about eight years ago with a used RB 440 briquetting press from RUF. In the meantime, he is using two more RUF 500 systems, the most recent of which Füngeling has only just put into operation.

Füngeling was self-employed with his forestry business when, more or less by chance, he was asked in 1990 to take over a small business that produced pallets with a single employee. For him it was a tryout, and he continued his forestry business. It is still a component of the group of companies, which employs a total of about 170 people. "But the pallet business soon grew so much that I concentrated primarily on it," reports the entrepreneur. With smart business models – such as all-round carefree packages for customers – he drove growth and later also entered the industrial waste disposal branch. Currently, between 30,000 and 40,000 pallets are in and out of the company every day. About four-fifths of the pallet business is accounted for by tailor-made solutions in which Füngeling's employees take over the complete process for customers. This means that they put new pallets in their customer’s yard in good time, take back the used ones after circulation, inspect and repair them, if necessary, return them to the cycle or discard them. Customers ultimately pay pro pallet cycle, which is easily calculable, and no longer have to concern themselves with handling. In addition, the company supplies wooden transport packaging for a wide variety of products from automobile engines to 5-ton construction crane cabs.

Füngeling always makes sure that nothing is wasted. If pallets have become unsightly after a few uses, for example with food, he uses them in other industries, such as the stone or paper industry, where they continue to provide good services. If a pallet is irreparably damaged, it is usually not completely retired, but dismantled and the still usable parts used for new pallets. If you do not make this effort, a pallet’s lifecycle might consist of ten uses, reports Füngeling. "We get 20, 30 or even 40 uses," says the entrepreneur.

Despite this intensive use of the material, it was a thorn in his side for a long time that he had to get rid of numerous pallet boards at some point, without much benefit. "I would like to process everything that is generated here in my yard," is his philosophy. He was looking for a sensible solution and found it in briquetting. And so about eight years ago, he started a trial with a used RUF RB 440.

He was also absolutely right with this decision. Soon the business was running very well, "the briquettes were almost ripped from our hands", a pleased Füngeling explains: We have excellent briquettes that consist of relatively large chips and show an extremely aesthetically pleasing burning pattern when burned in the fireplace. "Only quality-tested, clean, natural A1 waste wood is used. The larger the chips from which the briquettes are pressed, the more similar the briquettes look, when burning, to solid logs. Because the briquette business was gaining more and more momentum and is still growing, Füngeling procured two more briquetting lines – this time of the RUF 500 type – and in the future also wants to offer other pallet manufacturers the processing of their wood residues. This plan, too, will ultimately be worthwhile for everyone involved. Because the other pallet manufacturers will no longer have to take care of their waste wood themselves and Füngeling can increase the profitability of his systems. Through pressing the wood residues into a wood briquette, the RUF system has paid for itself within a few years. The personnel costs for the operation of the briquetting systems are low. They are designed for unmanned 24/7 operation. When the feeding of the wood residue is automated by means of a conveyor system, then the only effort is that the collection containers need to be replaced by empty pallet cages from time to time, when they become full of wood briquettes. At Füngeling, the feed is still carried out manually at the moment, but a complete automation is in planning (more on that later). Currently, a shredder and a hammer mill first crush the boards coarsely and then a little finer. A container dryer then removes a large part of the moisture from the chips, in batches. The heat for the dryer is generated CO2 neutrally in a chip heating system operated with absolutely uncontaminated A1 waste wood.

The residual water content is reduced from about 22–23% to about 15%. This is a prerequisite for the production of quality briquettes, on the other hand the heating value of the briquettes is increased.

These dry chips are filled using a forklift into the storage containers of the briquetting presses. There, sensors detect when sufficient material is available and give a signal leading to the press starting. Conversely, the system stops automatically when the supply hopper has been emptied. The specific pressing power of the systems is 1700 kg/cm2. At this high pressure, solid, high strength briquettes are created, and binders can be completely dispensed with. Each briquette measures 155 x 65 mm in cross-section and about 90 mm in height and weighs approximately 840 g.

Heribert Füngeling emphasizes that the company will further streamline its processes. The briquettes will no longer be discharged into containers by the presses, but rather onto a conveyor belt. There, they will be aligned in such a way that the packaging system can automatically assemble them into bundles. In a further step, the feeding of the presses with wood chips is to be automated using a conveyor system.

Heribert Füngeling also wants to further increase the popularity of its briquettes among end customers. To achieve this, he would like to feed the presses with even coarser chips than before. On the one hand, this would make the burning pattern of the briquettes even closer to that of logs. But this would also be advantageous economically, as the chips from the shredder would no longer have to go through the second crushing step in the hammer mill. Füngeling is already very satisfied with the first prototype briquettes. As soon as the booming pallet business gives him time, he wants to test the optimal production parameters with which he can bring the new briquette type into series production. Step by step to your sample briquette

RUF has already done over 10,000 press tests! Through this process, we can check if your raw material is briquetting. From idea to finished product! RMP designs and manufactures non-standard equipment adapted to the needs of the customer.

Following the trends of the time, we have created a clear interface and a lightweight site structure. 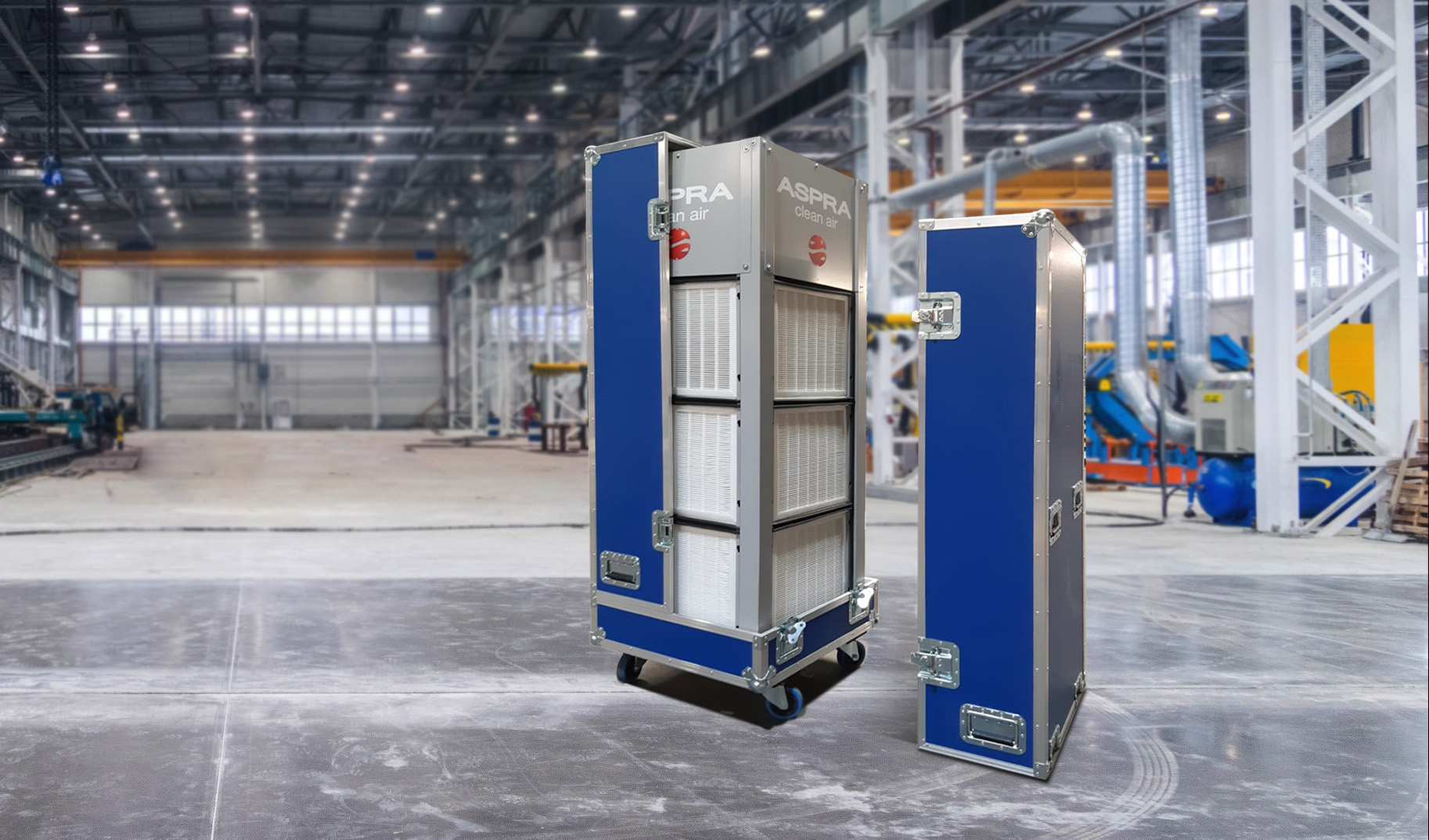 RMP Company is the official dealer of Formula Air

We are pleased to announce that starting from March 2022, RMP is the official dealer of the international concern Formula Air. 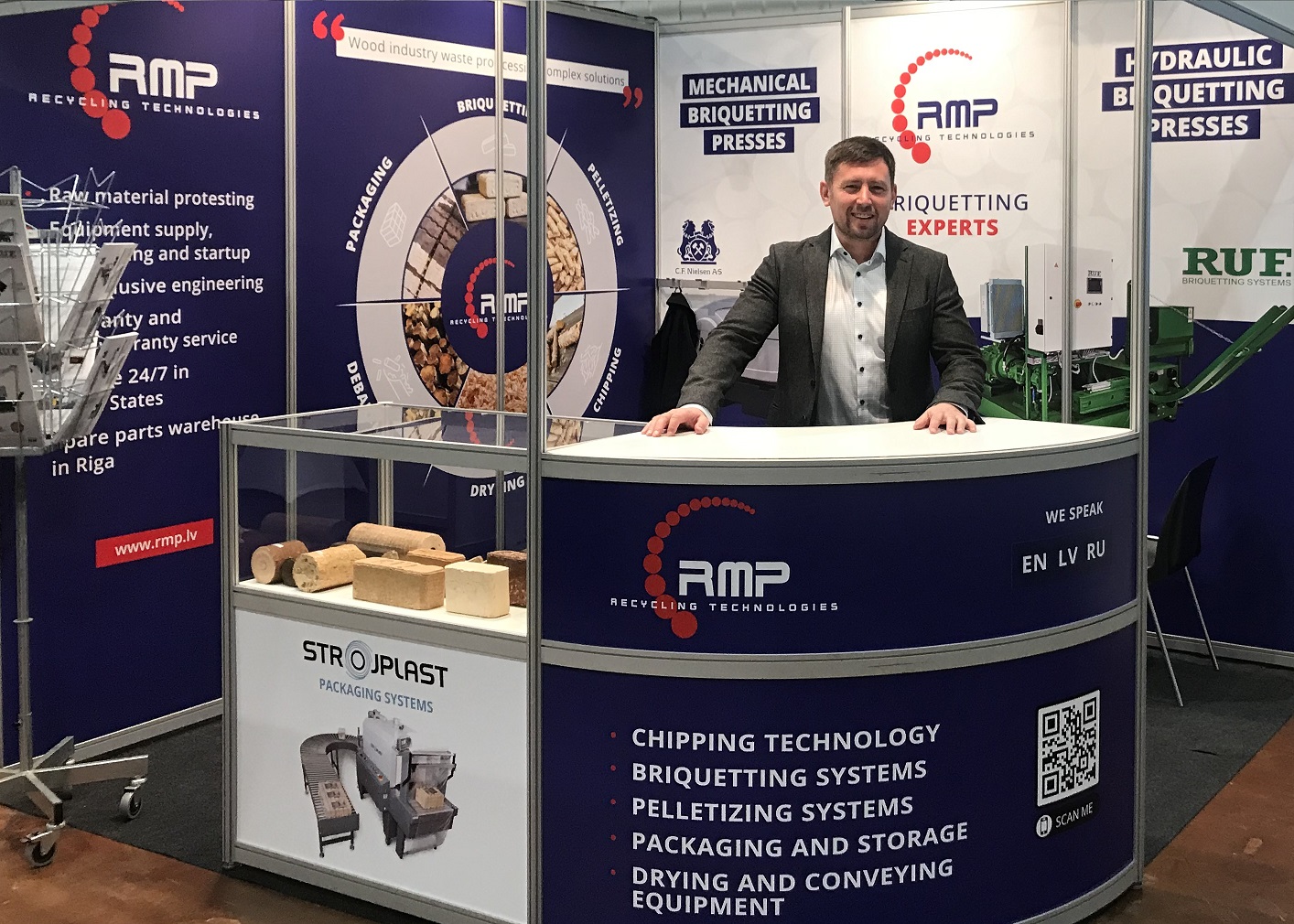 Results of the exhibition Maamess

From 21 to 23 April, professionals from the fields of agriculture, forestry, horticulture and food industry to hold the 28th Maamess agricultural exhibition. 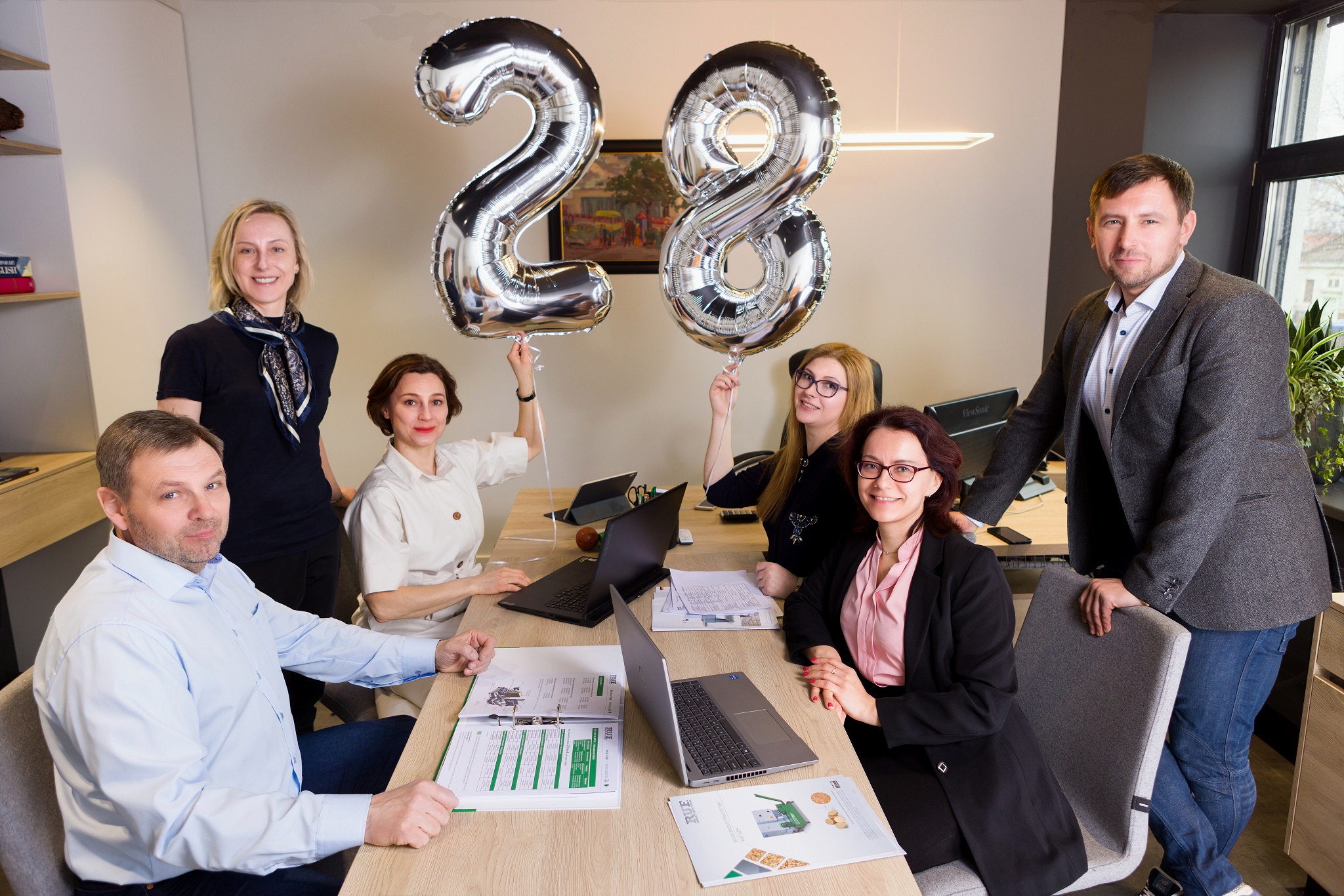 Happy Birthday to us!

On April 20, 2022, RMP celebrated its 28th anniversary. We are thankful for how far we have come and where we are headed.

Your message has been sent.

We will answer! Order a call from our manager.
We usually call you back within 15 minutes.

To send a resume

By clicking the "Send" button, I give my consent to the processing of personal data and accept the terms of the privacy policy.
Didn't find the information you are looking for?